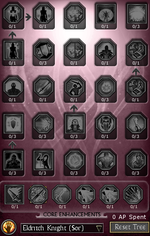 Studying the martial and arcane arts to equal degree, the eldritch knight is a versatile combatant who can cast a fireball on her foes or charge them with sword drawn. The eldritch knight takes pride in her ability to use the right technique for the job: spells against physically tough foes and force of arms against spellcasting enemies.

Eldritch knights split their time between physical training to become better soldiers and arcane study to learn more powerful spells. They tend to be driven individuals, because simultaneously perfecting their spellcasting and combat prowess requires immense time and effort. Eldritch knights are never truly at home among arcane spellcasters or elite soldiers, so many drift from wizard school to mercenary unit to band of adventurers.

Every would-be eldritch knight must demonstrate both skill with a broad array of weapons and mastery of the basics of arcane spellcasting. Thus, almost all eldritch knights are multiclass characters already, with fighter/wizard the most common combination. A few eldritch knights were once bards, and even paladin/sorcerers aren't unheard of. 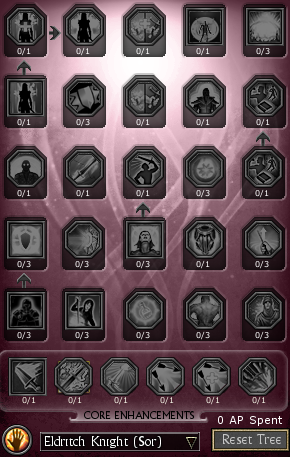