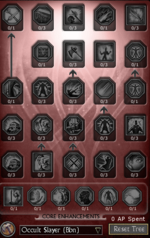 The occult slayer is driven to confront any arcane or divine spellcaster who crosses her path. Occult slayers believe that mortals are too irresponsible to wield magic, and that those who dare to do so must be slain. Spellcasters who become occult slayers are considered to have seen the error of their ways - although they may still cast spells, they rely primarily on their battle prowess and their ability to resist magical effects to defeat their enemies.

The occult slayer comes into her own through exhaustive training. Every regimen she performs is an exercise that refines her anger against spellcasters into martial skill. Each occult slayer forms a preternatural bond with her masterwork weapon of choice, which serves as the instrument of her vengeance. 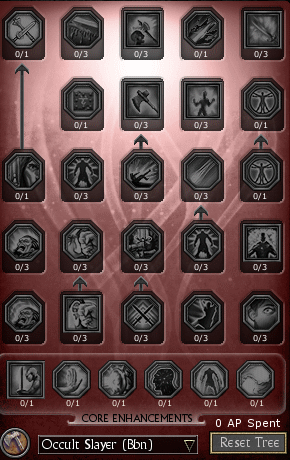