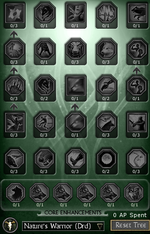 Nature's warriors are defenders of the wild, protectors of the natural world ... and often druids who have spent "too much time" in wild shape form.

Many people consider nature's warriors to be loners or fanatics, even less a part of the world than the most solitary druid or ranger. Nature's warriors, however, tend to be very communal. They often communicate with each other - sometimes through animal messengers, or even face to face, when they can bring themselves to leave their territories - and they keep a careful watch on "civilization." Nature's warriors develop their animalistic instincts more strongly than the behavior associated with societal learning, and do have a tendency to come off as gruff or impatient with those who are not as "in tune" with nature as themselves. It is not uncommon for a nature's warrior to spend days or even weeks in a single animal or elemental form, or to shift from form to form regularly, without returning to whatever humanoid form she started with. 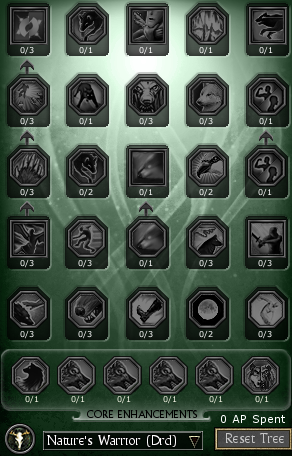